The best place to tell people why they are here

The difference between involvement and commitment is like an eggs-and-ham breakfast:
the chicken was involved; the pig was committed.

All shapes and styles

You can wear a tall boot or short boots, wedge heels or flat. Whatever you choose, there is a dress to match or you can use a boot to change the overall look!

Cowgirl boots are a way to elevate any look. Most wearers pick a boot with a slight heel, which of course is very flattering to the line of the leg.

When I die, I want to be buried in a long long-sleeve black Ralph Lauren dress and brown chunky boots. I want my hair styled like his models, long hair that flows. I also want natural makeup with a light pink lip.

In the summer I wear shorts with a bright top and ankle boots or just sandals. I'll add a nice scarf, maybe a hat, some cool sunglasses. It's all about the accessories.


Everything has a history, even the most mundane items that people take for granted each and every day. The history of boots is a long one, and it parallels the history of a lot of other very important trends throughout the world. The modern history of boots in particular manages to say a lot.

The earliest boots more or less had separate components. The soles, the uppers, and the legging portions were not yet joined together to form boots. The function of the upper portion of the boot was fulfilled by leggings in the early days of boots. Leggings were easier to create in a time period where all clothes were made by artisans. Joining all of the parts together required much more technical skill.

Boots that were more recognizably modern were created around 1000 BC. The uppers, the soles, and the leggings were joined together in this new configuration. Many of these early boots would cover the entire lower leg, reaching the kneecap. Long boots like these could provide more warmth in an era before sturdier types of fabric in many cases. They could also potentially provide more support in an era where cushioned soles were difficult to create. 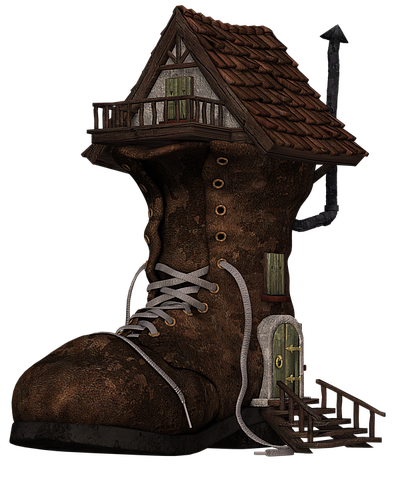 Different cultures have had different boots throughout the centuries, often in response to specific cultural and environmental pressures. For instance, nomadic tribes that lived in colder areas, such as the Inuit and the Aleut, used seal skin and caribou skin in order to create winter boots. The nomads of Eastern Asia had ankle boots made with a soft form of leather. Mongol invaders managed to spread their boot-making traditions throughout China, Russia, and India during the 1200 to 1500 AD range of years.

Europeans came in contact with traders and other people from China, India, and Russia, and boot-making traditions spread throughout much of the world. European boots were often specifically shaped by their tradition of riding horses. In fact, modern high heels were derived from shoes that made mounting and riding horses easier. European boots reflected many of the military traditions of this part of the world, since they were designed to provide protection for the soldiers who tended to fight while on horseback. These boots had very sturdy soles and flexible tops.

Lots of the modern boots that people throughout the world know today are influenced by cowboy boots, even if they don't look exactly like them aesthetically. Cowboy boots had to be comfortable enough for people to wear them all day long under difficult conditions on horseback or off horseback, and they had to be built to last. Cowboy boots themselves were inspired by the boots worn by the Hessian soldiers in the American Revolutionary War. These were the kinds of boots that could really protect a person on horseback, and they could help people get through difficult days on the frontier.

The Hessian soldiers had boots that reached the thigh. Today, people associate those boots with fashion and attempts to extend the length of one's legs. They once provided stability for the legs during long horseback rides. Lots of other boots have managed to follow the same trajectory. The practical considerations of boot wearers of the past have become fashion choices today.

The age of industrialization changed all things forever, and that certainly includes fashion. Boots could now be mass produced, and they were among the first items to be produced on a huge scale. While they were worn by working class people in the old days, boots quickly became popular fashion accessories for people from all walks of life. Boots provide a nice contrast to form fitting leggings. They can also look more interesting than sneakers and other popular types of casual shoes. Naturally, boots are more practical during the winter and other points in the year where people really need support and protection.

Since boots can supposedly make a person's legs look longer and this became a small part of the modern beauty standard, boots became more and more popular throughout the twentieth century and into the twenty-first century. Today, boots can be worn as a style choice or a practical choice, and people are barely going to know the difference. There are lots of different types of boots, from purely practical snow boots and work boots to the form fitting and fashionable thigh-high boots and pointed ankle boots of today. Ugg boots and similar types of casual but fashionable boots are also popular, and have been since the late 1970's and early 1980's.

One of the great things about boots is that they manage to satisfy a lot of needs at once. Even the boots that have high heels still provide more support for the legs and knees than high heeled shoes. Fuzzy boots like Ugg boots are warm and good in the snow, but they can just as easily be worn in the summer for the people who are trying to look good then. While these sorts of boots were once ascribed only to the very young, today, people of all ages wear them, just like people of all ages wear jeans. Boots are for everyone.

Caring for boots is relatively easy. Some of them can be washed in regular washing machines. Some of them are going to need to have the inner lining washed by hand and the outer portion washed separately. People today frequently will just dispose of their boots if something bad happens to them. Most boots today are made to be disposable, in contrast to the sturdy boots made by artisans in the early history of boots. Industrialization has caused people to move through all items very quickly.

However, it should be noted that the speed of industrialization has meant that the styles of boots have moved quickly as well. Boots remained static for centuries in the old days. Today, styles move so quickly that boots can become dated in decades, if they lasted that long. However, boots today are still influenced by the styles and the forms that existed hundreds of years ago in the very long history of boots.

Anyone can put on boots, but not everyone will look good in them. The key is in pairing them with the correct attire. Otherwise, people will be laughing at you everywhere you pass. The good thing is that there is nothing to worry about since it is very easy to get ideas on wearing boots with style in the modern world. The discussion below highlights how to pair the boots and what not to do to maintain the cool look.